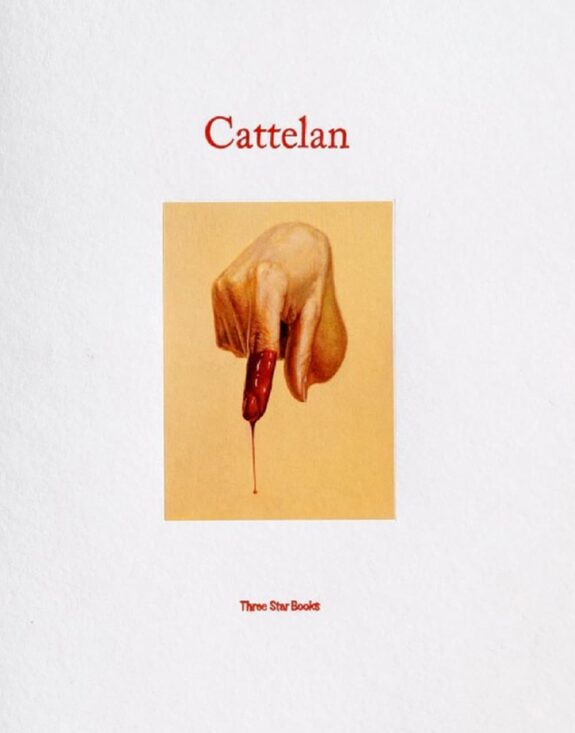 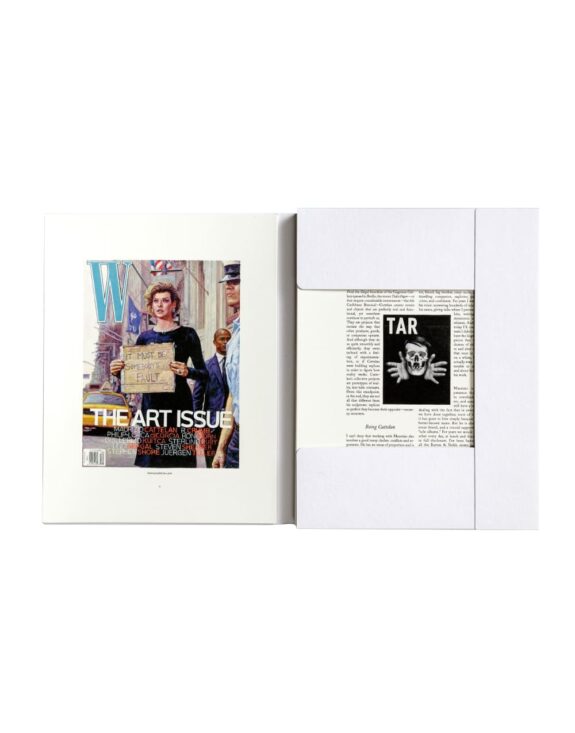 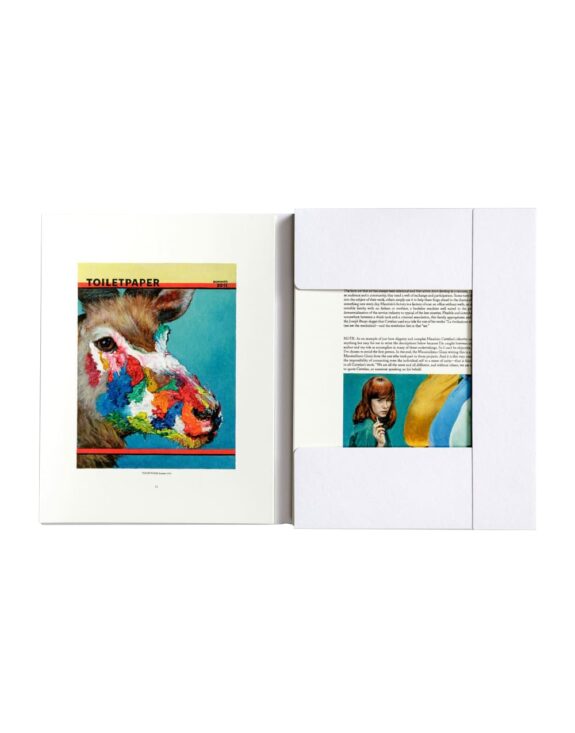 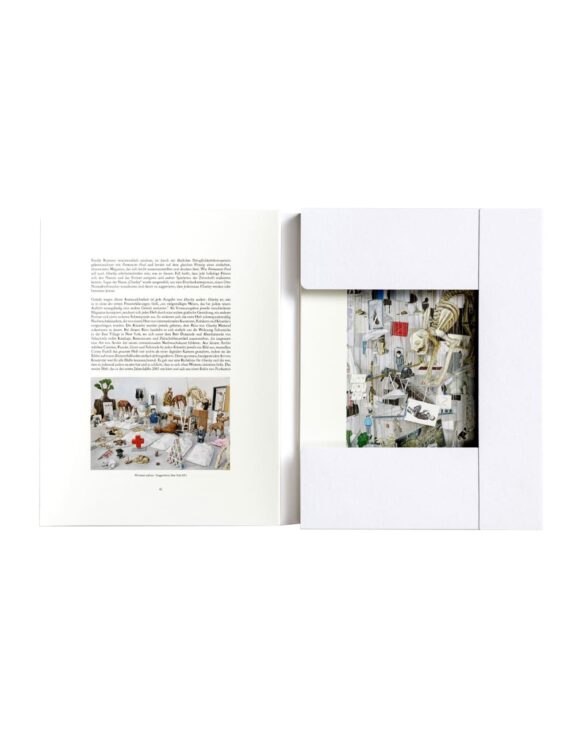 The Taste of Others

Written in an engaging style by long-term Cattelan collaborator, and New Museum curator, Massimiliano Gioni, the volume recounts the many editions, and ephemeral projects spawned by the New York-based Italian artist. Gioni’s text goes much further than merely listing the works in catalogue raisonne form. In a tongue-in-cheek and magisterial style, and often writing about himself in the third person, Gioni demonstrates the delicate crossovers between friendship and work, the essential ingredients in the creation of an artist’s opus. Though the text (once again hand-painted calligraphy subsequently typeset) and images – also painted in miniature form – takes on an authoritative tone, the knowledge that Cattelan has been the generator of this volume, in form and content, reveal his fluid entry into editorial, publishing, and other conventions usually not deemed “artistic”. Illustrations are supplied masterfully by Chinese painter, Fu Site. The Taste of Others completes an ambitious series begun in 2007 by Three Star Books, though all await with great curiosity whether the artist will continue to publish after his impending retirement.