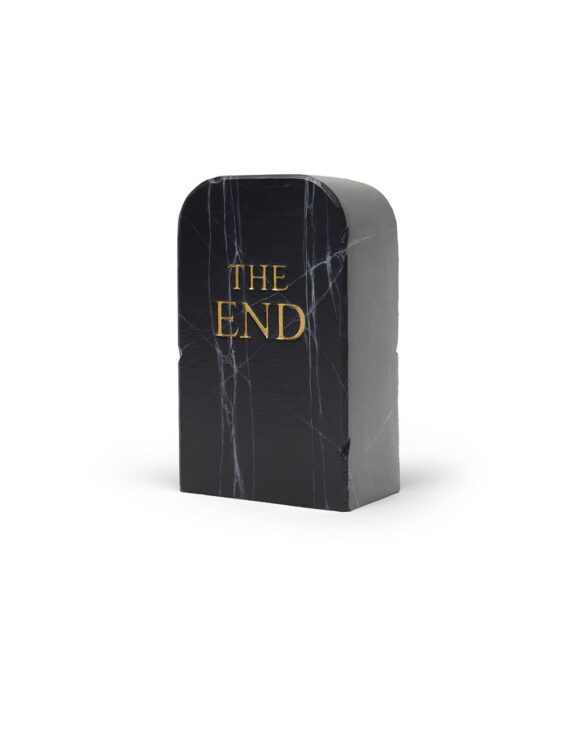 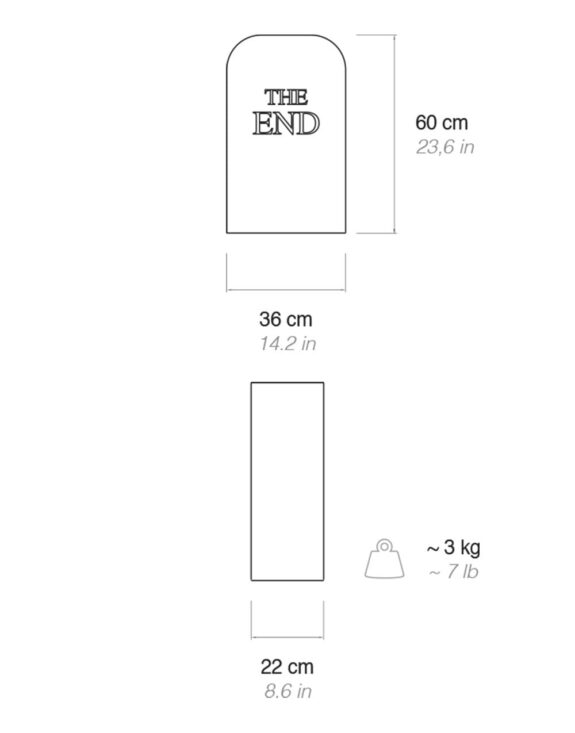 Gufram pulls back from the world of design.
It calls it quits and declares it… in the true sense of the word!

THE END BLACK is the most recent edition of the ironic epitaph created in 2014 by Maurizio Cattelan and Pierpaolo Ferrari to establish the “end” of the Gufram brand, but also to suggest a new beginning.
The new version is a Limited Edition 1/500 version in “real-fake” Marquina marble with gold writing: a noir and irreverent look that gives elegance to this tombstone that can be used as a seat with grotesque irony.

The funereal look of this furniture-sculpture is tempered by the softness of the polyurethane that makes it: in perfect Gufram tradition nothing is as it seems.
THE END is born just like a stone from a stone, thanks to a process of sculpting and roughing out the single elements in polyurethane foam done by artisans.
The “real-fake” marble finish is made with Guflac, the special Gufram patented paint that allows the polyurethane to be made look like leather while maintaining its elasticity and softness; for this reason each tombstone is different from another.

To celebrate the brand’s 50 years anniversary, in 2016 the WHITE version in “true-fake” Carrara marble with gold writing was added to the the version in “real-fake” granite created by Toiletpaper in 2014 – obtained through the dripping of paint in 4 different colors.

THE END is the only funeral reminder part of international collections such as the Deste Foundation and is on sale in some of the most exclusive stores and cultural institutions such as the MoMA bookshop in New York.
Thanks to its biting irony, the image of THE END was chosen by Maurizio Cattelan for the cover of his autobiography.